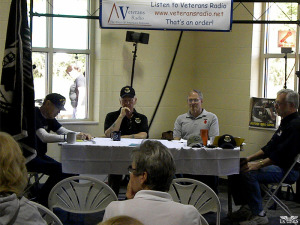 Host Gary Lillie, a former Navy SeaBee and Vietnam veteran speaks to Sgt. Hack, Lt. Gen. Bob Wagner and Bill Willoughby about their experience in Vietnam.  Sgt. Hack was with the 1st Division as a Career Counselor and the NCOIC for General Keith Ware.  Lt. Gen. Bob Wagner arrived in Vietnam as a new Lieutenant recently graduated from West Point.   Major Bill Willoughby was with the Special Forces.
A fascinating recollection of three men's sacrifice and duty to their country.
Veterans from all over northern Ohio visited US Wings for the first 50th Anniversary Rally held in Ohio.   Many veterans groups, and the United States Army Recruiting Command had displays. The day was concluded with the parachute landing of the American Flag and the POW Flag. 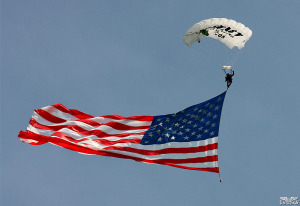 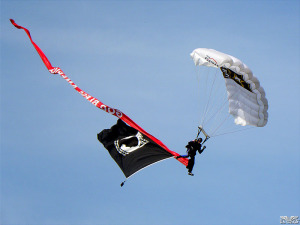 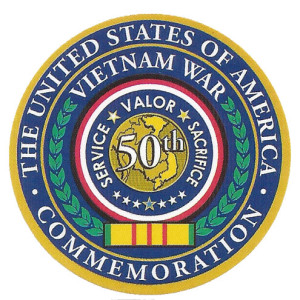